New CD in the works 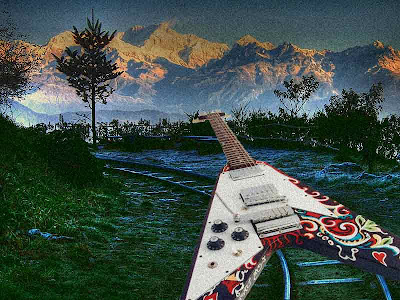 I'm having a heart attack fretting (pardon the guitar pun) over the new album. I know I should say CD but the concept of a group of songs taken as a whole didn't go away with the advent of CDs. If anything it's more prevalent since record albums (what now?) were max 40 minutes countin both sides and CDs are 75-80 minutes. Anyhow, I have pressure on all sides. The studio is $500 a day. I hope to finish in two half day sessions. Considering I'll need to spend $1500 to have 1000 of them printed I'm trying to keep the budget down. Let's face it, two grand isn't chump change to just blow. At least not for me. Additional factors: the rhythm section is new and mostly untried. We'll get maybe three rehearsals in for the 15 songs I want to try to record. Everyone tells me "Oh man, you'll be lucky to get 4 songs in one session." Blah blah blah. Why is everyone such a pessimist? I did my first record in three sessions. Of course the band had been together for 4 months and we played three times a week plus gigs that whole time. OK so I'm totally unready, the band is totally unready, I've never worked in this studio or worked with this engineer and it's $500 a day? So what? What? What could possibly go wrong? Did I mention I'm not done writing all the songs?

Good luck with it all...& don't let all the crap kill your passion.

i'm looking forward to it.