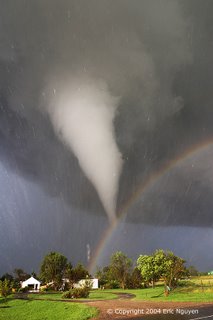 OK, I will now regale you with tales of learning to play the guitar. At 13 my friend Ron Jacques introduced me to Rush's Moving Pictures record. He stated his intention to form a band with him as the singer, myself as the drummer (I'd never even tried) and several older and better musicians (like 15 at that time) on guitar and bass. I believe David Thibedeaux and one of many Shawn's were suggested. No matter. I proceeded to cut two lengths of wood and began watching the new MTV and air drumming along for weeks whilst badgering my mom for a drum set.
I got a set and drum lessons were procured. I quickly learned to read rhythm and play the drums very well. Upon entering high school I was appointed lead snare drummer to the chagrin of the seniors because I could read better than anyone. I got my ass kicked for that but it was worth it to show them all up in front of the class at the audition. The teacher, a jew named Itamar Lubetsky said "He's got balls!" I was so proud. Anyway, it turned out that while I was memorizing Neil Peart and John Bonham drum solos no one else was keeping up on guitar or bass; at least no one I knew! So Ron "lent" me his cheap acoustic which I don't recall ever giving back. Maybe I did, I dunno. Thus I began learning all the guitar parts to Rush's 2112. At this point I discovered several things. Playing guitar is kind of hard. It takes a lot of practice to achieve even the most basic proficiency. Wow! Several years of diligent practice later I was passable enough, though I'd had no formal guitar lessons yet. Since I had dropped out of high school after freshman year I had lots of time to practice. Alas, since this was long before the internet, finding good learning materials was difficult in the extreme. I went to a party at SMU (now UMASS Dartmouth) with my friend Lyle and decided to try to get into the music college. When they asked what I could play I said drums and guitar. I'd also been playing bass for about a year but I wasn't counting that. As it turned out the drum teacher wasn't there but the guitar teacher was so I auditioned with him. I played Rush's "Broon's Bane" and the intro to "The Trees", the only finger style stuff I knew. Mark Davis, the teacher, gave me Marianne (??'s) # and said "Get lessons for the summer with this chick and I'll take you as a student in the fall." This is how I ended up studying classical guitar for four years. Had anyone thought to say "Let's hear you play drums too." there would have been an instant flag on the play since I was about 500 times better of a drummer than guitarist at that point. It's funny how things work out sometimes. Had I stuck with drums I'd certainly have become a professional musician instead of the semi-pro hacker that I am now but them's the breaks. I have no regrets. As it turned out I became more interested in composition anyway and pursued a double major earning a BFA and graduating Cum Laude, Dean's list, President's list, yadda yadda. I was a good student. Anyway my second summer I was frustrated with my playing. I was playing classical OK but I couldn't do what I wanted to, which was wail like Stevie Ray, Hendrix, Malmsteen, Satriani, etc...
So Dannny Durso. a drummer in my home town, hipped me a teacher named Mike O'Brien. He was a monster. He said "Look, how long do you spend at your day job every day? Eight hours? And you hate it right?" When I said "Yes." he said "And how long every day do you spend practicing your guitar?" The light came on. He taught me how to practice more productively and showed me a bunch of tricks that really helped my speed and fluidity. Suddenly I could play! Wow! Practically over night I went from being so-so to being pretty damned good. So thanks Mike, where ever you are. He freed me from the box I was literally stuck in. I mentioned study materials being difficult to acquire. Around that time I started getting Guitar player magazine and Guitar For The Practicing Musician for the lessons published therein. I would read every page and master every lesson. Nowadays we have the internet for that. Go! Study! Play!
Posted by AndyT13 at 2:00 AM

Great Story!
Do you still play the drums?

I agree, instruction is important. Being a hack in my own way, I've always wished I had the time to find and take some lessons for the harmonica.

One day I will, until then I'll just keep making noises!

Have a good weekend.

Music isn't an easy field to make a living... You can be as good as possible, you still need to be at the right, at the right time, and with the right people.. and even then, you can get screwed... I think I already that my brother is guitarist, and he is pretty good... He even composed some music while jamming with Kevin Parent (probably an unknown whoever for you, but he made big around here... ) who was already recording at that time... This so called professional took the part, had a hit with it, but never gave credit... Since that, my brother never jammed with people in view... but more in bars and for himself...

Now I have
Spirit of the Radio in my head...I can't think of a better way to spend the day.

Best piece of choreography I ever did...Always with me, always with you...Surfing with the Alien.

Damn that was inspirational!

Out of all th rush songs, you started off on 2112? Thats dedication write there... All 20 minutes or the radio edit shortened version? ;-)

http://www.guitarmadeez.com - Learn how to play guitar by teaching yourself

wow, that's quite a story! very interesting and encouraging too. thanks!