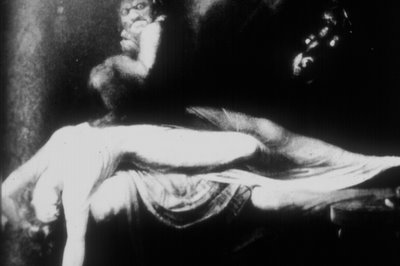 Lately my dreams have had several themes. (1) Being overwhelmed. Often I am set to an impossible task in unmanagable circumstances. Get these tons of trash out of this muddy street. Roll this giant stone up this muddy hill while drunk. That sort of thing. 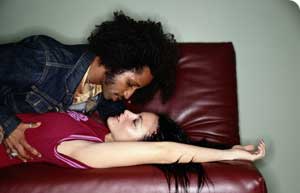 (2) Being seduced. Frequently I am being coerced into sex by inappropriate people in inappropriate places. Two underage women in a bar crowded with people I know. Being unable to resist even though I know the terrible price of faithlessness; Unbearable loss. 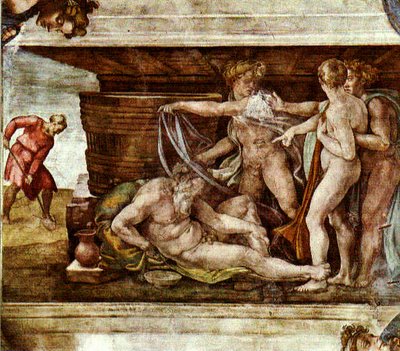 (3) Being intoxicated. Falling down drunk and unable to handle (1) and (2) above. Last night I hit the trifecta repeatedly. Plus I kept getting tabacco in my drink and coughing like crazy when I tried to drink it. Man, my poor brain. I need mental floss. I'm getting a little worried that my very public persona here is going to get me in touble. Again. Like many of my bloggy friends I might need to go underground with this stuff. It's just too dangerous to have floating around.
OK so I watched the Superbowl. The Fedex Ad was the best and I think the Seahawks got robbed. I had no vested interest and apologies to Laurie but from where I sat the refs ignored every Steelers foul and flagged every Seahawks foul. The first Steelers touchdown was VERY questionable. Whatever. I don't give a crap about football but that was my take. The Stealers need to change the spelling of their name. :-) Let the flames begin.
Posted by AndyT13 at 11:18 AM

the very first piece of art is the cover art for Joyce Carol Oates' novel "Beasts" about seduction... pure seducation and descent into hell.

The second pic, reminds me the Mandingo warrior after the white woman/white woman fantasy...

What up B-to-tha-3?
Yea I was looking for pix apropriate for my dream images. The last pic is Drunken Noah.

I agree with you on the FedEx ad, that was hysterical!

And, believe it or not, I agree with you on that touchdown call, that was bad.

Oh, my God, I didn't mean to imply that you would frequent whore houses!!! I was purely jesting. Yikes!! We went to some friends' house to watch the game, but I confess I spent more time playing with their dog than looking at the tv set. I'm a bit ADD when it comes to sports on television.

Yes, there's controversy behind thoes pics of Noah. Primarily, the idea that he was drunk, and philosophers and theologians (some) feel as if his son used to take advantage of him sexually when he was drunk and passed out

I didn't bother watching the game but did see all the ads on the internet. The FedEx was my favorite too.