I'm doing 3 4 1 again today because frankly I'm getting tired of guitar heros on my blog.
So, in order of their influence on me, I offer these: 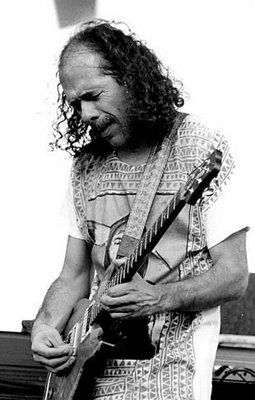 Carlos Santana - what can I say? His is a unique and very recognizable style. He pretty much single-handedly (pardon the pun) brought The Latin Influence into rock music. There's a lifetime achievement, eh? He was never much of a songwriter per se, but he's great at coming up with grooves and he's a hellacious guitarist. What more do you want? 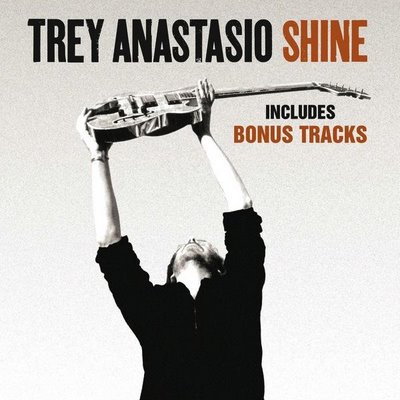 Trey Anastasio owes a lot to Jerry Garcia and Jazz. Some classical too. He's a VERY accomplished and talented soloist though I admit to liking Phish a lot more than his solo efforts to date. I especially like the many influences evident on Picture Of Nectar which I highly recommend. 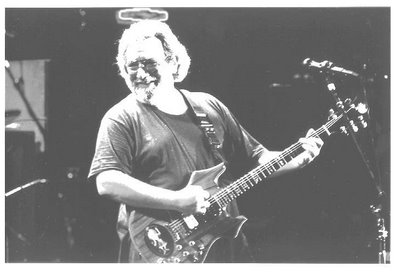 Oh, Jerry, Jerry, Jerry. Your music was poisoned for me by drugged out hippie girls who thought you were God. As opposed to ME who they rightly SHOULD have thought of as God, but whatever. It's a pity that the culture that The Grateful Dead spawned overshadowed so much of their music. I saw them about 8 times and was never very impressed. I'm one of the rare few who preferred their studio efforts. The shows for me were about chasing my vices and waiting for Space and Drums. I want my money back.

Thought for the day: Life is hard, but fortunately short.
Posted by AndyT13 at 1:47 PM

Er, with regard to Jerry, I think I was one of those girls....

oooh, i love me some santana. 'jingo' is what peps me up when i can't wake up. love it.